Akiho Central Europe is one of the european branches of Akita inu Hozonkai (in short: AKIHO, in eng. Akita Dog Presrvation Association). Akiho was founded in 1927 in Odate (Akita pref., Japan) to preserve the breed from crossbreeding. It is a default organisation for Akita in its origin country. The main goal of the Akiho by today is to preserve and promote Akita inu around the world.
First registration of Akita dogs was carried out in 1937, a year later Akita inu standard was found and first Akiho exhibition was held. During World War II Akiho activities were temporarily suspended, but soon after things accelerated. Akiho exhibitions were held again in 1949 and same year first Akiho biulletin was published. Then establishment of branches started, first in Tohoku, Hokkaido, Kanto, Tokai Hokuriku, Kansai, Shikoku, Chugoku Setouchi and Kyushu. Nowadays there are more than 50 branches in Japan and all around the world: in USA, China, Taiwan, Russia and Europe. In Europe there are already 5 branches: in Italy, France, Ukraine, Bulgaria and now in Poland. Next to Honbuten (Akita inu Hozonkai Honbuten, headquarter's exhibition) that takes place twice a year: every spring and autumn, each branch holds one or two exhibitions every year (these are called Shibuten).

The orgaisation aims to protect the natural treasure Akita inu and fixate its share based on its essense while improving various elements, contributing to the development of Akita inu culture in Japan, development abroad as a world dog breed, all of which in purpose with its spirit.
The AKIHO corporation conducts the following projects to achieve the its preceding mission:
- Registration of Akita Inu owners, kennel registration and pedigree issuance.
- Akita Inu guidance and training on holding exhibitions, appreciation meetings and research meetings, round-table discussions, etc.
- Akita Inu immobilization protection, breeding and dissemination of dogs.
- Publication of “Akita Inu” and other publications.
- All other projects necessary for achieving the purpose of the Society. 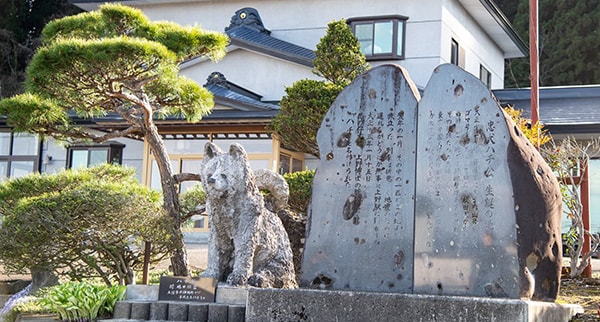